Performance at the Royal Albert Hall, London and at the Touring show of Strictly Come Dancing! May 2014

We are offering students from The Lynden School of Dance the opportunity to dance at one of the most famous venues in the world; The Royal Albert Hall! The Royal Albert Hall is a concert hall on the northern edge of South Kensington, in the City of Westminster, London, England.  It is best known for holding the annual summer Proms concerts since 1941.  It has a capacity (depending on configuration of the event) of up to 5,272 seats, however standing areas and stage specifications can increase or decrease this.

Since its opening by Queen Victoria in 1871, the world's leading artists from several performance genres have appeared on its stage and it has become one of the UK's most treasured and distinctive buildings.  Each year it hosts more than 350 events including classical concerts, rock and pop, ballet and opera, sports, award ceremonies, school and community events, charity performances and banquets.

The children will not only be appearing in this prestigious arena but will also be given an insight into how a professional production operates.  This is a wonderful opportunity for the students to experience first-hand, working and performing in a professional environment and leave with magical memories that will last a lifetime.

To qualify for a place, students must be at least 6 years old by 17th May 2014 and take the 3 core subjects; ballet, tap & modern jazz.

The dancers will learn one long routine in advance of the show and they will learn two other shorter routines on the day which will be choreographed by the production team.  The Lynden routine will be unique, and choreographed to challenge the dancers, but also recognise their individual and collective level of ability.

Performance with the Stars from Strictly

We have also been invited again this year to be guest performers at the touring show of Strictly at the Anvil, Basingstoke on 15th May. Unfortunately this opportunity is only open to children who will be at least 8 years old by the time of the show. Not only is this at the request of Mike Newman, (Producer) but with two major shows in one week, I feel that this would be too much to expect from younger children. All dancers aged 8 and over will perform in both shows.

It was a great show last year and all of our dancers had a fantastic time rehearsing and performing with Pasha and Katya. This year I have been told it's going to be even bigger with more stars from the show and an even bigger lighting and technical set up!

Rehearsals for both shows will be on Sundays 2-4pm at Basingstoke Sports Centre and will commence on Sunday 5th January until the week of the performances (excluding:20th April).  A total of 18 rehearsal dates.

Working in the round for The Albert Hall is extremely challenging not only from a chorographical point of view but also for the dancers themselves because it can be very difficult to work out bearings for their positions when there is no front or back! Also with two separate routines to learn for Strictly, we want to ensure great and confident performances which is why it is necessary to have so much rehearsal time in advance.

The rehearsals for dancers aged 8 and over will be £7 each per student and will be invoiced in four installments of £31.50. Parents will be invoiced for the costume for our routine (approximately £30 - £35) and there will be an additional charge £15 for an official T-shirt which must be worn for the finale routine and while the students are at the Albert Hall for security purposes. Plus a charge of £10 for a Strictly T-shirt which will be worn for the Strictly performance (No other costume is required for Strictly but dancers will need their black jazz pants and jazz shoes) For dancers under the age of 8, the rehearsals will be £6 each and will be invoiced in four instalments of £27.

For the show at the Albert Hall, the production company insists that all dancers and their chaperones travel to and from the Royal Albert Hall together as one group by coach. The children will spend the day in the theatre rehearsing and learning the finale, ready for their evening performance. Parents will be invoiced nearer the time for the coach fare (approximately £18 - £25).  The students will be accompanied by Debbie and three other approved chaperones.  If there is enough interest, a further coach will be provided for spectators.

Please also expect to pay West End prices for spectator's tickets at The Royal Albert Hall; this is a high profile show on one of the best stages in London.

The Strictly show is an evening performance after school.

The places are limited and will be allocated on a first come first served basis. Please note that we have a maximum of 10 places for children under the age of 8. Registration for this event will open via our website www.LyndenDance.co.uk on Saturday 2nd November from 5pm.  Please note that we will be asking for £25 deposit with each application. Applications before this date cannot be accepted.

We are expecting high demand for these events, so please put the date in your diary now to be sure not to miss out! 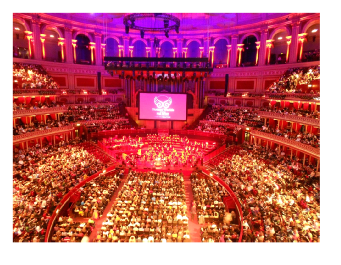 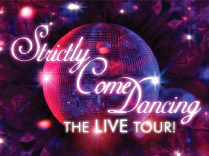