World War II started on 3rd September 1939 and soon afterwards the Bank of England (BofE) evacuated much of its workforce from London to its Mill near Overton station. Then, during 1940, the BofE set up leisure facilities for the workforce, buying land between nos. 47 and 57 Winchester Street and building a Social Club hall complete with wooden dance floor, toilets and kitchen.

Initially, it was a fairly basic, single-skinned, brick building - not designed for a long life, because of hopes for an early end to the war. However, some time shortly afterwards,a doubled-skinned, flat-roofed bar annexe was added - and the Social Club continued successfully operating in these premises until the BofE workforce returned to normal operations in London in late 1945.

The BofE now had no further need of the building or land - and, by a Deed of Gift made on 7th June 1946, it generously donated the freehold to Overton Parish Council, for the benefit of Overtonians, in gratitude for hospitality shown to BofE employees during their time in the village.

46 years later (in 1992) Overton Parish Council set up the hall's current status as a registered charity, no. 1026873 "St Luke's Club Overton (working title St Luke's Hall Overton)" to operate separately from the Council, but with the Council still as its custodian trustee.

So, 70 years after it was built as a temporary structure, St Luke's Hall continues to serve the community of Overton, providing village hall facilities for several club activities and for family functions. But it is in desperate need of major internal modernisation and refurbishment. Recent structural surveys have confirmed this as being viable, while consultations with users have produced agreed designs within a total budget of £200,000 inclusive of VAT.

(Note: New roof coverings, better insulation and double-glazed windows are included - but, as the hall is within a Conservation Area, the external appearance cannot be radically altered.)

The Trustees recently applied successfully to Basingstoke & Deane Borough Council (B&DBC) for a share of Section106 Developers' Contributions and £112,700 has been granted.  Added to other recent refurbishment fund-raising, this gives a total to date of over £135,000 - more than two-thirds of the overall cost of the complete project and enough to cover now the costs of Phase One (major internal structural alterations/insulation/new roof).

Partly because the B&DBC grant has to be taken up by 31st March 2011 and partly to take advantage of summer weather and quiet hall use during the 2010 school summer holidays, the Trustees have decided to implement Phase One immediately. Hall users were fully consulted and they have agreed that the hall will be completely closed from Saturday 3rd July to Sunday 5th September inclusive.

Further fund-raising is being undertaken from Overton residents & businesses - as well as external sources - for the balance of works needed, which can be put in hand as funds permit, without needing to close the hall completely again.

The Target Date for the completion/payment of all work has now changed to November 15th.   The builders have assured us that we will be able to re-open the hall for full use from Monday 15th November 2010 (although we have no money at present to complete the resurfacing of the tarmac areas outside).

The Lynden School was the first group to use the refurbished St Luke’s Hall on 12th November.  Some photographs of the first classes to be held in the hall are attached. 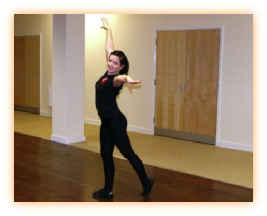